Geeky Tech Gadgets for the Deaf and Hard of Hearing


Leslie Caldwell, Speech Language Pathologist for the Kansas School for the Deaf
When seeking photos for a recent post about Alerting Devices for the Deaf and Hard of Hearing, I stumbled across a page devoted to accessibility items for those of us who are also tech-geeks at heart.
Inventors and designers are merging accessibility with style and functionality. And let's just be honest... these are really cool tech inventions and/or creative concepts begging to be made.
All of the following information summarized below was found through the site Web Urbanist, under their post: 8 Terrific Techy Devices for the Deaf.
Deafinite Style has conceptualized the hearing aid you see in the photo below. They urge us to "Wear your hearing aid like a piece of jewelry, a stylish accessory. Be individual, be cool, be yourself." (http://studioblog.designaffairs.com/?p=220 ) 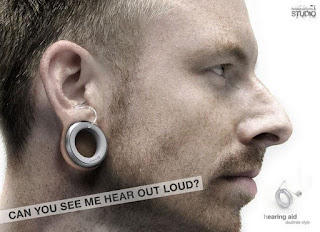 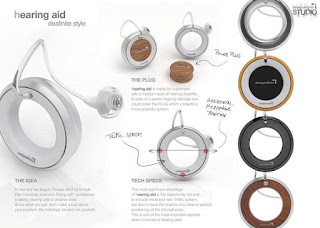 The Aria bracelet is a personal alerting device for the hearing impaired. When worn on the wrist the device communicates via tactile stimulation exploiting the skin’s receptors. The individual is made aware of six audible events experienced throughout the home. (http://www.coroflot.com/MayWilson/Assistive-Listening-Device). 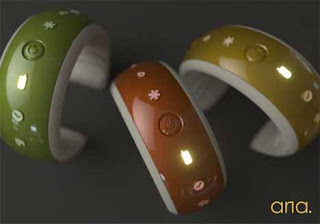 "The Before the proliferation of text messaging, many hearing impaired people had to rely on relay calls in order to communicate via phone. These calls can be uncomfortable for both parties since there is a third party listening in and translating between typed words and text. Designer Suhyun Kim took the relay operator out of the equation with her Visual Sound phone concept. The deaf user types her end of the conversation into the phone and the phone itself translates the text into speech. Those who already use text messaging or email to communicate wouldn’t get much use out of this invention, but older people who are not as comfortable with those options may find that this is an easier-to-grasp option." 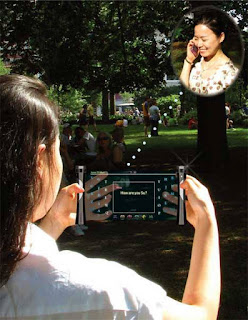 Sony Entertainment has created Access Glasses with Audio—new technology that allows a direct line of sight to a movie screen with captioned text right on the lenses for natural and unobstructed viewing. The glasses may be comfortably worn over prescription eyewear and can be used for 3D movies with the option of a detachable polarized filter.http://pro.sony.com/bbsc/ssr/mkt-digitalcinema/resource.latest.bbsccms-assets-mkt-digicinema-latest-EntertainmentAccessGlasses.shtml 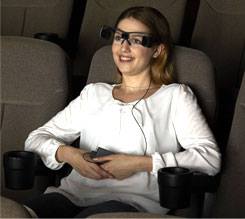 Design student Luise Pescheck designed the Gestics hand movement translator to convert sign language into spoken words, making it easier for hearing impaired people to integrate into the hearing world. A stretchy band worn on the wrist detects arm muscle movements made by the person communicating via sign language. A dedicated iPhone application translates the gestures into audio and the other person’s spoken words into written text on a projected screen.http://gajitz.com/no-empty-gesture-ingenious-sign-language-translator/ 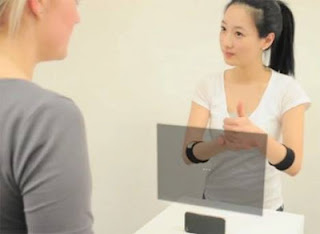 Helen Keller, arguably the most famous deaf/blind person to ever live, was the inspiration behind the Helen Keller Watch, a timepiece that keeps track of the time via tactile bumps. The concept is quite simple, but sophisticated in its design. The small white disc features a thin membrane, under which three-dimensional dots take the positions of the watch’s hands. After activating the watch by touching the center, users can discreetly feel the time indicated by the bumps. http://gajitz.com/feeling-out-the-concept-haptic-watch-for-the-deafblind/ 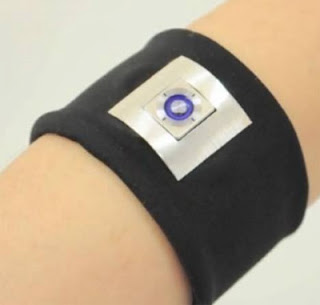 Email ThisBlogThis!Share to TwitterShare to FacebookShare to Pinterest
Labels: Tech Gadgets for D/HH 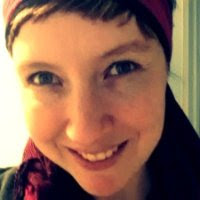 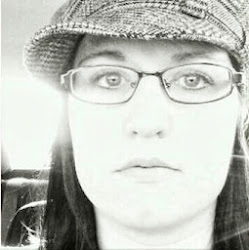 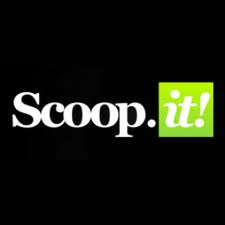